Dr Kosasih graduated from medical school in Jakarta, Indonesia in 1983. Following his cardiology training, he received a scholarship in 1989 from the Australian Government for further training & research in cardiology at Royal Melbourne Hospital and the University of Melbourne. He researched the reliability of thallium 201 SPECT scintigraphy for the detection of coronary artery disease.

Dr Kosasih returned to Indonesia in 1993 where he worked as a cardiologist focusing on non-invasive procedures. In 1999 he moved to Australia with his family and he has since been attached to the Cardiology Department of the Epworth Hospital & Victorian Cardiovascular Services where he mainly performs exercise / pharmacological stress tests for thallium scans. 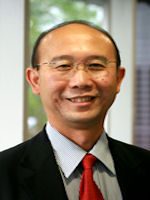